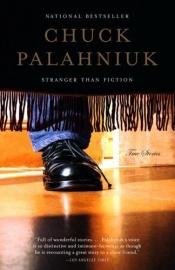 Stranger Than Fiction: True Stories is a non-fiction book by Chuck Palahniuk, published in 2004. It is a collection of essays, stories, and interviews written for various magazines and newspapers. Some of the pieces had also been previously published on the internet. The book is divided into three sections: "People Together", articles about people who find unique ways of achieving togetherness; "Portraits", interviews and short essays mostly about famous people; and "Personal", autobiographical pieces.
An abridged audiobook version read by the author was released at the same time as the print edition. An unabridged version co-read by Dennis Boutsikaris was released later.

The Hot Zone: The Terrifying True Story of the Orig …

Man in the Dark