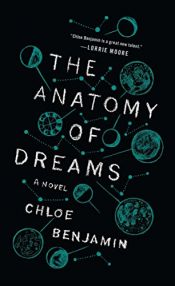 The Anatomy of Dreams

Winner of the Edna Ferber Prize

It’s 1998, and Sylvie Patterson, a bookish student at a Northern California boarding school, falls in love with a spirited, elusive classmate named Gabe. Their headmaster, Dr. Adrian Keller, is a charismatic medical researcher who has staked his career on the therapeutic potential of lucid dreaming: By teaching his patients to become conscious during sleep, he helps them to relieve stress and heal from trauma. Over the next six years, Sylvie and Gabe become consumed by Keller’s work, following him from the redwood forests of Eureka, California, to the enchanting New England coast.

But when an opportunity brings the trio to the Midwest, Sylvie and Gabe stumble into a tangled relationship with their mysterious neighbors—and Sylvie begins to doubt the ethics of Keller’s research, recognizing the harm that can be wrought under the guise of progress. As she navigates the hazy, permeable boundaries between what is real and what isn’t, who can be trusted and who cannot, Sylvie also faces surprising developments in herself: an unexpected infatuation, growing paranoia, and a new sense of rebellion.

In stirring, elegant prose, Benjamin’s tale exposes the slippery nature of trust—and the immense power of our dreams.

The Sense of an Ending

The Lake of Dead Languages