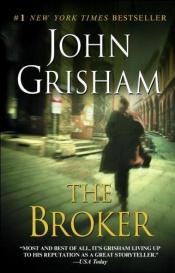 The Broker is a suspense novel written by American authorJohn Grisham and published in the United States on January 11, 2005. The novel follows the story of Joel Backman, a newly pardoned prisoner who had tried to broker a deal to sell the world's most powerful satellite surveillance system to the highest bidder.

The King of Torts