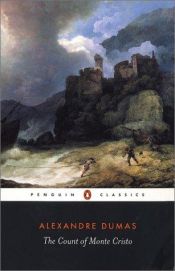 Edmond Dantés has a life that any man would envy. A promising young sailor about to be made a captain, he has come home to Marseille to marry his beautiful fiancée, Mercédès. But on the eve of his wedding, Dantés is betrayed, accused of treason, and sentenced without trial to life in prison. For the first six years, Dantés can only mourn his stolen future and dwell on the treachery that landed him behind bars. On the verge of suicide, he meets a fellow prisoner who gives him not just an education in revenge, but the means to accomplish it, as well. After an ingenious escape, Dantés recovers a hidden treasure and returns to Marseille as the Count of Monte Cristo, a man whose unlimited resources are matched only by his boundless thirst for vengeance.

An illuminating portrait of early nineteenth-century France and a timeless tale of justice achieved, The Count of Monte Cristo has inspired numerous adaptations, from comic books and Broadway plays to the hit TV series Revenge.

One the early adventure novels, 'Monte Cristo' shows its age. While a classic that should be read to understand the beginnings of a now popular genre, the book still suffers from what any progenitor suffers from: a lack of polish. The book contains an abundance of "As you know, Bob..." dialogue, in which two characters who are well familiar with a fact must still discuss it among themselves to let the audience in; or, alternately, dialogue in which the characters speak entirely unnaturally to assuage the audience of their perceptions. For example, the Count is lying about his age. We, the audience, know that. The characters he's deceiving, obviously don't. Rather than simple answer simply, when asked his age, the Count goes through verbal gymnastics to convince a character who has no reason to think he's lying that he isn't lying, because Dumas wants the audience to know that he's thought this all out. It's one of those things that you have to take into account when reading early versions of genre tales -- that the tropes and cliches weren't tropes and cliches yet, and no one knew, or even thought, to avoid them. To me, this makes 'The Count of Monte Cristo' a must read for people wanting to experience the evolution of novel-style story telling, but I don't think this necessarily removes my critique of the writing. While the cliches weren't cliches yet, that doesn't absolve the author of certain crimes. After all, surely Dumas was aware of how people spoke to one another, yet often his characters more woodenly go through puppet plays for his own delight than speaking in any kind of organic manner. In short, I'm very glad to have read this book, and would recommend it to lover's of books, but it is still a bit of a trial to get through, and lacks the charm of other books of the same era.

Dumas weaves an incredible story. It isn't difficult or especially deep reading; it is a fun, and exciting adventure story meant to entertain more than enlighten. That said, it is done incredibly well, and I'd recommend it for anyone interested in the classical "canon" of adventure novels.

Son of a Witch