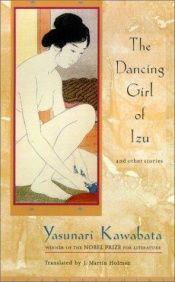 Available again, a newly translated collection of twenty-three stories from one of the most influential figures in modern Japanese literature. "He employs devices from those long poetic traditions in order to create in modern prose his remarkable effects: juxtaposition of image upon image to open up the depths of feeling lurking behind placid surface reality." Washington Post"We owe Martin Holman this insight, for in rendering these important early writings into English, it is he who has shown us that the author in his youth was already the mature Yasunari Kawabata."Japan TimesYasunari Kawabata is widely known for his innovative short stories, some called "palm-of-the-hand" stories short enough to fit into ones palm. This collection reflects Kawabata's keen perception, deceptive simplicity, and the deep melancholy that characterizes much of his work. The stories were written between 1923 and 1929, and many feature autobiographical events and themes that reflect the painful losses he experienced early in his life.

The Master of G