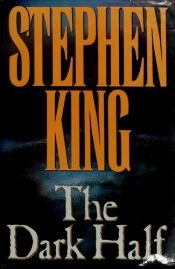 The Dark Half is a horror novel by Stephen King, published in 1989. Publishers Weekly listed The Dark Half as the second best-selling book of 1989 behind Tom Clancy's Clear and Present Danger. It was adapted into a feature film of the same name in 1993.
Stephen King wrote several books under a pseudonym, Richard Bachman, during the Seventies and Eighties. Most of the Bachman novels were darker and more cynical in nature, featuring a far more visceral sense of horror than the psychological, gothic style common to many of King's most famous works. When King was discovered to be Bachman, he wrote The Dark Half in response to his outing.

Cycle of the Werewolf