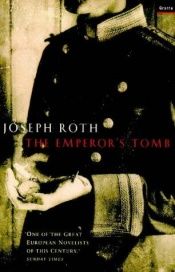 The Emperor's Tomb is a 1938 novel by the Austrian writer Joseph Roth. The Overlook Press published an English translation by John Hoare in 1984. The novel was adapted into the 1971 film Trotta directed by Johannes Schaaf. New Directions Publishing Corporation published a new translation by Michael Hoffman in 2013.
New German edition, based on the first print: Joseph Roth, Die Kapuzinergruft, ed. by Werner Bellmann, Reclam, Stuttgart 2013. [with detailed commentary and epilog]