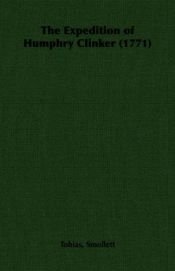 The Expedition of Humphry Clinker

The Expedition of Humphry Clinker was the last of the picaresque novels of Tobias Smollett, and is considered by many to be his best and funniest work. Published in London on 17 June 1771, it is an epistolary novel, presented in the form of letters written by six characters: Matthew Bramble, a Welsh Squire; his sister Tabitha; their niece and nephew, Jeremy and Lydia Melford; Tabitha's maid Winifred Jenkins and Lydia's suitor, Wilson.
Much of the comedy arises from differences in the descriptions of the same events by the participants. Attributions of motives and descriptions of behaviour show wild variation and reveal much about the character of the teller. The setting, amidst the high-society spa towns and seaside resorts of the 18th century, provides his characters with many opportunities for satirical observations on English life and manners.
The author's travels in Scotland, France and Italy helped provide inspiration for the plot.

The Tenant of Wildfell Hall