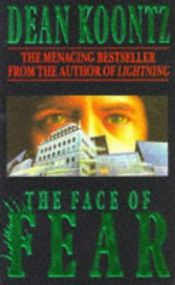 For one man, facing his own murder is not as terrifying as surviving it in this blistering novel of suspense from #1 New York Times bestselling author Dean Koontz.

A brutal killer known as “The Butcher” is stalking women in New York City. When the police enlist the help of clairvoyant Graham Harris, the horrifying images of the Butcher’s crimes replay in Harris’s mind—sometimes even at the moment they are happening. Then he sees the most terrifying vision of all—that of his own murder.

Harris and his girlfriend soon find themselves trapped on the fortieth floor of a deserted office building. The guards have been killed, the elevators shut down, and the stairways blocked. The only way out is to climb down the sheer face of the building. Otherwise they'll become the Butcher’s next victims.

Dark Rivers of the Heart