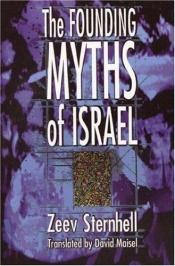 The Founding Myths of Israel

The Founding Myths of Israel: Nationalism, Socialism, and the Making of the Jewish State is a book by Zeev Sternhell. It was published in Hebrew in 1995, in French in 1996 and in English in 1998. The stated purpose of the book is an analysis of the ideology and actions of labor Zionism in the period before the 1948 Arab-Israeli War. In that period labor Zionism's leaders dominated the institutions of the Yishuv, the Jewish community in Palestine. Sternhell's thesis is that the actions and decisions of the leaders of labor Zionism were guided by a nationalist ideology, and not by a socialist ideology. In the "Introduction" and the "Epilogue" Sternhell extrapolates this attitude of the leaders to Israeli politics and argues that nationalist policies have overshadowed social and liberal policies for a long time, and are still endangering Israel's ability to develop as a free and open society.
Questions that Sternhell investigates are:
Was a unique synthesis between socialism and nationalism ever achieved in Palestine?
Did the founders intend to create an alternative to bourgeois society, or did they renounce the social objective from the beginning as incompatible?

In Praise of Idleness and Other Essays