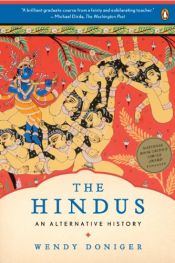 The Hindus: An Alternative History

The Hindus: An Alternative History is a book by American Indologist, Wendy Doniger which the author describes as an “alternative to the narrative of Hindu history that they tell.” The book was initially published by Viking Penguin in 2009 and later in India by Penguin's Indian subsidiary, Penguin India,
In February 2014, it was the subject of litigation in India by the group Shiksha Bachao Andolan Samithi, founded by Dinanath Batra, alleging violations of a law which punishes "deliberate and malicious acts intended to outrage the feelings of any religious community." As a result of the lawsuit, the book was withdrawn from the Indian market by its Indian publisher, prompting widespread concerns about the state of free speech in India.

The Dhammapada: The Path of Truth

A new model of the universe