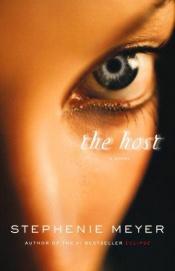 Melanie Stryder refuses to fade away. The earth has been invaded by a species that take over the minds of human hosts while leaving their bodies intact. Wanderer, the invading "soul" who has been given Melanie's body, didn't expect to find its former tenant refusing to relinquish possession of her mind.
As Melanie fills Wanderer's thoughts with visions of Jared, a human who still lives in hiding, Wanderer begins to yearn for a man she's never met. Reluctant allies, Wanderer and Melanie set off to search for the man they both love.
Featuring one of the most unusual love triangles in literature,THE HOST is a riveting and unforgettable novel about the persistence of love and the essence of what it means to be human.

Couldn't even finish it....way too slow of a read.

When the Wind Blows

The Currents of Space