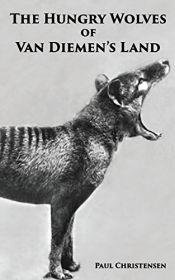 The Baby Boomer generation (known as 68ers in Europe) pulled out all stops when it came to rebelling against their elders, but were treated with kid gloves by the ‘pig system’ they affected to overthrow. What would happen, though, if a new generation decided to rebel against them?

That’s exactly what occurs when a group of young Tasmanians embark on an extended campaign of subversion, exposing the many hypocrisies of the Boomer establishment...

The Hungry Wolves of Van Diemen’s Land is a satire that works on a number of levels. It is a book desperately needed by the Zeitgeist of this pivotal era...if you read only one novel this decade, you had better make it this one.