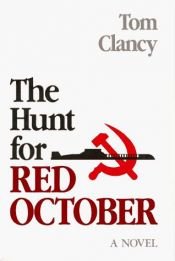 The Hunt for Red October was Tom Clancy's 1984 debut novel. The story follows a CIA analyst who leads a group of US Naval officers to take possession of a cutting-edge Soviet nuclear submarine from 26 defecting Soviet officers, and the intertwined adventures of Soviet submarine captain Marko Aleksandrovich Ramius and Jack Ryan, a former Marine turned CIA analyst.
The novel was originally published by the U.S. Naval Institute Press—one of the first fictional works it ever published, and still its most successful.

Flight Of The Intruder