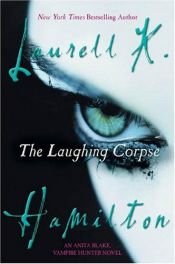 The Laughing Corpse is the second novel in the Anita Blake: Vampire Hunter series of horror/mystery novels by Laurell K. Hamilton. The book continues the adventures of Anita Blake, as she attempts to solve a particularly grisly set of murders, while simultaneously avoiding two potential threats to her life from people interested in using her talents as a zombie animator. Meanwhile, Anita continues to attempt to come to grips with her powers and her relationship with Jean-Claude, the vampire master of St. Louis and Anita's would be lover/master.
A comic book adaptation of The Laughing Corpse was released in 2008, with the first volume of the collected issues achieving the New York Times Bestseller List for graphic books.

Circus of the Damned