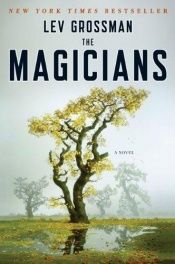 The Magicians is a fantasy novel by the American author Lev Grossman, published in 2009 by Viking Press. It tells the story of Quentin Coldwater, a young man who discovers and attends a college of magic in New York.
The novel received critical acclaim, and was followed by The Magician King and The Magician's Land. It is to be adapted as a television series by SyFy.

Great start to a trilogy , interesting characters, a interesting world that reminds me of C.S. Lewis and J.K. Rowling .

Really enjoyed this. A few aspects felt a little rushed, but still a GREAT start to the trilogy.

A very good start to the trilogy.

The Knife of Never Letting Go

The Imperfectionists: A Novel KINDLE EDITION