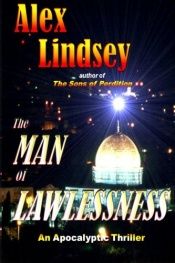 The Man of Lawlessness: An End Times Fictional Thriller

LET THOSE WHO ARE IN JUDEA FLEE INTO THE MOUNTAINS...

He stands inside the Templum Domini and declares himself the Anointed One to the Jews, Christ to the Christians, the Mahdi of Islam, and what all have sought through the ages. "This is the Third Temple," he tells the Jews, pointing to the dome above him. "Although you have not recognized it for what it is, it was built by your Muslim brothers all those years ago so all might one day share... share in this glorious day that has come." Now with the Ark of the Covenant resting in its rightful place on the Foundation Stone of Mount Moriah, the original spot of the Holy of Holies, the place of Jacob's Ladder of the Angels, the Well of Souls has been readied for opening, and the consummating fire of Heaven waits to fall on this union of man and...

WE ALL KNOW WHO THIS MAN IS DON'T WE? But you might not recognize his current name, or know exactly how he came to stand in this place, saying these things.

Follow FBI agent Brooke Decker and CIA agent Dillon Knowles, brought together by escalating world events, through secret chambers of the ultra-elite, ancient rituals reaching back to Sumeria, stunning archeological finds beneath the Temple Mount, top secret weapons laboratories, and finally the Templum Domini -The Dome of the Rock.

Let those who are in Judea flee into the mountains... the time has come.

On the Edge of the Dark Sea of Darkness: Adventure. …

North! Or Be Eaten: Wild escapes. A desperate journ …

The Stealers of Dreams (Doctor Who #6)

The Mountains Bow Down (A Raleigh Harmon Novel)