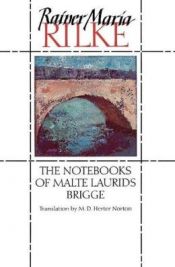 The Notebooks of Malte Laurids Brigge was Rainer Maria Rilke's only novel. It was written while Rilke lived in Paris, and was published in 1910. The novel is semi-autobiographical, and is written in an expressionistic style. The work was inspired by Sigbjørn Obstfelder's work A Priest's Diary and Jens Peter Jacobsen's second novel Niels Lyhne of 1880, which traces the fate of an atheist in a merciless world.
The book was first issued in English under the title Journal of My Other Self.

Tender Is the Night

Go Tell It on the Mountain