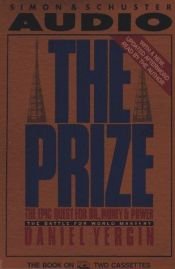 The Prize: The Epic Quest for Oil, Money, and Power is Daniel Yergin's history of the global oil industry from the 1850s through 1990. The Prize became a bestseller, helped by its release date in October 1990, two months after the invasion of Kuwait ordered by Saddam Hussein and three months before the U.S.-led coalition began the Gulf War to oust Iraqi troops from that country. It eventually went on to win the Pulitzer Prize.
The Prize has been called the "definitive" history of the oil industry, even a "bible".

The Forgotten Man: A New History of the Great Depre …

How to be rich