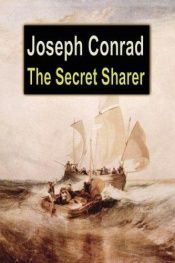 "The Secret Sharer" is a short story by Joseph Conrad written in 1909, first published in Harper's Magazine in 1910, and as a book in the short-story collection Twixt Land and Sea.
The story was filmed as a segment of the 1952 film Face to Face.
The Secret Sharer was adapted to a one-act play in 1969 by C. R. Wobbe. The play was published in 1969 by the Dramatic Publishing Company.
A new film, Secret Sharer, inspired by the novella and directed by Peter Fudakowski, was released in the UK in June 2014. Secret Sharer website

The Complete Short Stories of Ernest Hemingway: The …

The Adventures of Sherlock Holmes

The Stories of John Cheever

Natasha and Other Stories