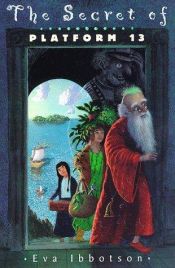 The Secret of Platform 13

The Secret of Platform 13 is a children's novel by Eva Ibbotson, and illustrated by Sue Porter, first published in 1994.
The book has gained extra significance as many readers find it similar to the Harry Potter series by J.K. Rowling, as the first book of that series, Harry Potter and the Philosopher's Stone was published in 1997, three years after this book was published. As journalist Amanda Craig has written, "Ibbotson would seem to have at least as good a case for claiming plagiarism as the American author currently suing J. K. Rowling, but unlike her, Ibbotson says she would 'like to shake her by the hand. I think we all borrow from each other as writers.'"