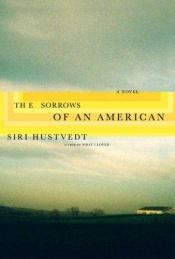 The Sorrows of an American

The Sorrows of an American is Siri Hustvedt's fourth novel. It was first published in 2008 and is about a Norwegian American family and their troubles. The novel is partly autobiographical in that Hustvedt herself is of Norwegian descent and in that passages from her own deceased father's journal about the Depression in America and the Pacific theatre of war during World War II are scattered through the book.
The Sorrows of an American operates on several time levels and depicts the difficult times of four generations of the fictional Davidsen family. At the core of the novel lies a long-kept family secret which the first person narrator, a middle-aged psychiatrist called Erik Davidsen who lives and works in New York, sets out to unearth together with his sister. However, the novel abounds in subplots which focus on the present rather than the past.

We Need to Talk About Kevin

I Know This Much Is True