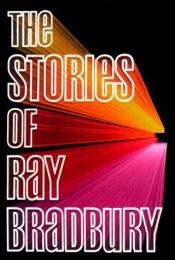 The Stories of Ray Bradbury is, as the title suggests, an anthology containing 100 short stories by American writer Ray Bradbury and was first published by Knopf in 1980. The hundred stories, written from 1943 to 1980, were selected by the author himself. Bradbury's work had previously been collected in various compilations, such as The Martian Chronicles and The October Country, but never in such a large volume or spanning such a long period of time.
Some of the more famous stories in this collection include "The Fog Horn", "The Veldt", "The Day It Rained Forever", "The Small Assassin" and "I Sing the Body Electric!".
In 2003, Bradbury Stories: 100 of His Most Celebrated Tales was published, containing a further 100 stories from later in his career. Although they sound similar, the two anthologies have entirely different contents and should not be confused.

I Sing the Body Electric

The Thing on the Doorstep and Other Weird Stories