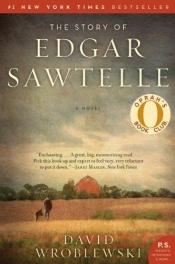 The Story of Edgar Sawtelle

The Story of Edgar Sawtelle is the first novel by American author David Wroblewski. It became a New York Times Best Seller on June 29, 2008, and Oprah Winfrey chose it for her book club on September 19, 2008. Winfrey also included the book as one of the few tangible gifts in her recession-themed thrifty Oprah's Favorite Things that year.
The novel is a retelling of Shakespeare's Hamlet in rural Wisconsin. The titular character is a mute boy who, after his father is killed, runs away from but then returns to his usurped home, hoping to prove his suspicions that his uncle murdered his father.