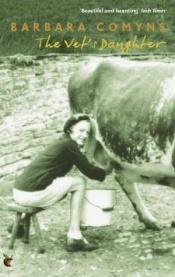 The Vet's Daughter combines shocking realism with a visionary edge. The vet lives with his bedridden wife and shy daughter Alice in a sinister London suburb. He works constantly, captive to a strange private fury, and treats his family with brutality and contempt. After his wife's death, the vet takes up with a crass, needling woman who tries to refashion Alice in her own image. And yet as Alice retreats ever deeper into a dream world, she discovers an extraordinary secret power of her own.

Harrowing and haunting, like an unexpected cross between Flannery O'Connor and Stephen King, The Vet's Daughter is a story of outraged innocence that culminates in a scene of appalling triumph.

A recipe for bees

The Unlikely Pilgrimage of Harold Fry

Nights of rain and stars