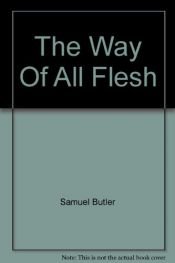 The Way of All Flesh

The Way of All Flesh is a semi-autobiographical novel by Samuel Butler that attacks Victorian-era hypocrisy. Written between 1873 and 1884, it traces four generations of the Pontifex family. Butler dared not publish it during his lifetime, but when it was published it was accepted as part of the general reaction against Victorianism.
In 1998, the Modern Library ranked The Way of All Flesh twelfth on its list of the 100 best English-language novels of the 20th century

The Towers of Trebizond