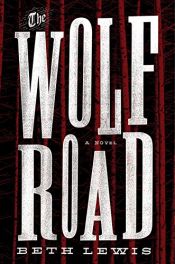 Elka barely remembers a time before she knew Trapper.

She was just seven years old, wandering lost and hungry in the wilderness, when the solitary hunter took her in. In the years since then, he’s taught her how to survive in this desolate land where civilization has been destroyed and men are at the mercy of the elements and each other.

But the man Elka thought she knew has been harboring a terrible secret. He’s a killer. A monster. And now that Elka knows the truth, she may be his next victim.

The Wolf Road is an intimate cat-and-mouse tale of revenge and redemption, played out against a vast, unforgiving landscape—told by an indomitable young heroine fighting to escape her past and rejoin humanity.

Season of the Machete