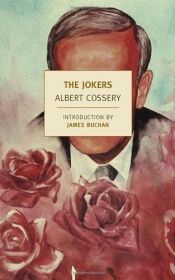 Who are the jokers?

The jokers are the government, and the biggest joker of all is the governor, a bug-eyed, strutting, rapacious character of unequaled incompetence who presides over the nameless Middle Eastern city where this effervescent comedy by Albert Cossery is set.

The jokers are also the revolutionaries, no less bumbling and no less infatuated with the trappings of power than the government they oppose.

And the jokers are Karim, Omar, Heykal, Urfy, and their friends, free spirits who see the other jokers for the jokers they are and have cooked up a sophisticated and, most important, foolproof plan to enliven public life with a dash of subversive humor.

The joke is on them all.

The Queen and I

Anthills of the Savannah