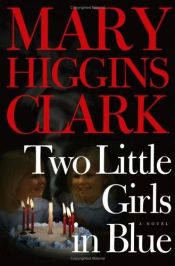 In this riveting thriller from Queen of Suspense and #1 New York Times bestselling writer Mary Higgins Clark brilliantly weaves the mystery of twin telepathy into a mother’s search for a kidnapped child, presumed dead.

When Margaret and Steve Frawley come home to Connecticut from a black-tie dinner in New York, their three-year-old twins, Kathy and Kelly, are gone. The police found the babysitter unconscious, and a ransom note from the “Pied Piper” demands eight million dollars. Steve’s global investment firm puts up the money, but when they go to retrieve the twins, only Kelly is in the car. The dead driver’s suicide note says he inadvertently killed Kathy.

At the memorial, Kelly tugs Margaret’s arm and says: “Mommy, Kathy is very scared of that lady. She wants to come home right now.” At first, only Margaret believes that the twins are communicating and that Kathy is still alive. But as Kelly’s warnings become increasingly specific and alarming, FBI agents set out on a desperate search.

Nighttime is my time

I Heard That Song Before

You Belong to Me

Pretend You Don't See Her

The second time around

Where Are You Now?

On the street where you live

Mientras mi preciosa duerme / While My Pretty One S …