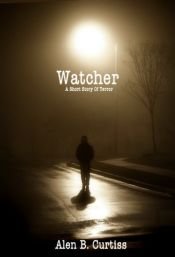 by Alen B. Curtiss

Watcher - A Short Story Of Terror [Second Edition]
The stalker - spending his time observing, following, studying those who he calls his Play Mates. His victims - spending their time living their lives, going about their daily routines, oblivious to the fact they have been singled out, have been selected to participate in the End Game.

Driven by a need even he doesn't fully understand, the stalker is compelled to play his game until the very end, compelled to ensure he and his chosen Play Mate are locked together, as close as lovers, as the End Game concludes. It is his game. They are his rules.

But what will happen if one of his victims refuses to play his game, refuses to abide by his rules. Will the End Game be completed, as dictated by the stalker's primal urges, or will a new and even more sinister game be created?

He watches. He waits.

Can you feel his eyes upon you?

Songs of Innocence and of Experience

Sonnets From the Portuguese and Other Poems

He Did This Just for You

Is Shakespeare Dead? From My Autobiography By Mark …

The Cat Who Walked a Thousand Miles