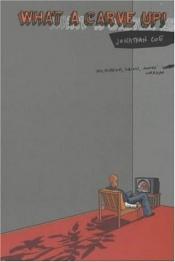 What a Carve Up!

What a Carve Up! is a satirical novel by Jonathan Coe, published in the UK by Viking Press in April 1994. It was published in the United States by Alfred A Knopf in January 1995 under the title The Winshaw Legacy: or, What a Carve Up!
The novel concerns the political and social environment in Britain during the 1980s, and covers the period up to the beginning of aerial bombardment against Iraq in the first Gulf War in January 1991. It is a critique of British politics under the Conservative government of Margaret Thatcher and of the ways in which national policy was seen to be dictated by the concerns of narrow, but powerful, interest groups with influence in banking, the media, agriculture, healthcare, the arms trade and the arts. Coe creates the fictitious Winshaw family to embody these different interests under one name and, ultimately, one roof.