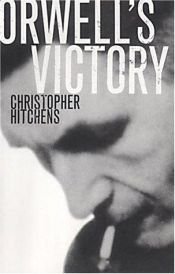 Why Orwell Matters, released in the UK as Orwell's Victory, is a book-length biographical essay by Christopher Hitchens. In it, the author relates George Orwell's thoughts on and actions in relation to:
the British Empire;
the left;
the right;
the United States;
English conventions;
feminism and women; and
his controversial list for the British Foreign Office.
At the end of the book, Hitchens critiques Orwell's novels and legacy. An essay sequel to the book, "Why Orwell Still Matters," appears in John Rodden's 2007 compilation The Cambridge Companion to George Orwell.