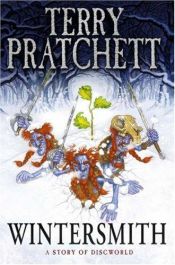 Wintersmith is a comic fantasy novel by Terry Pratchett set on the Discworld, written with younger readers in mind. It is labelled a "Story of Discworld" to indicate its status as children's or young adult fiction, unlike most of the books in the Discworld series. Published on 21 September 2006, it is the third novel in the series to feature the character of Tiffany Aching. It received recognition as a 2007 Best Book for Young Adults from the American Library Association.
In 2013 folk-rock band Steeleye Span collaborated with Pratchett, a fan of the band, to produce a Wintersmith concept album, released in October 2013.

The Lives of Christopher Chant