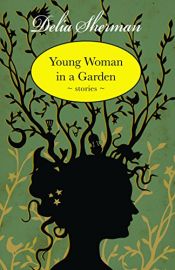 Young Woman in a Garden

In her vivid and sly, gentle and wise, long-anticipated first collection, Delia Sherman takes seemingly insignificant moments in the lives of artists or sailors—the light out a window, the two strokes it takes to turn a small boat—and finds the ghosts haunting them, the magic surrounding them. Here are the lives that make up larger histories, here are tricksters and gardeners, faeries and musicians, all glittering and sparkling, finding beauty and hope and always unexpected, a touch of wild magic.

"Fantastic in every sense of the word, Sherman's second novel (Through a Brazen Mirror) is a skillfully crafted fairy tale that owes as much to E.T.A. Hoffman as to Charles Perrault. . . . The Porcelain Dove is no dainty vertu but a seductive, sinister bird with razored feathers."—Publishers Weekly

Delia Sherman was born in Japan and raised in New York City. Her work has appeared most recently in the anthologies Naked City, Steampunk!, and Queen Victoria's Book of Spells. She is the author of six novels including The Porcelain Dove (a New York Times Notable Book), The Freedom Maze, and Changeling, and has received the Mythopoeic and Norton awards. She lives in New York City.

All Seated on the Ground

The Delicate Prey and Other Stories