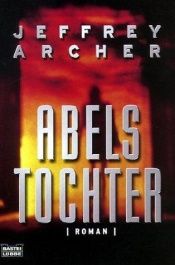 The Prodigal Daughter is a novel by Jeffrey Archer, published in 1982. It is the story of Florentyna Kane, the daughter of Abel Rosnovski of Archer's Kane and Abel. The novel, one of Archer's best sellers, portrays Florentyna's life from early childhood to her final ascension to the position of President of United States. In this way, President Kane becomes the first female U.S. president.
The character of Florentyna Kane also appears in Shall We Tell the President? by Archer. This book initially featured President Ted Kennedy, but following the success of Kane and Abel and The Prodigal Daughter, the character was changed to President Kane in later editions.

A Long Way from Chicago

Chicago: City on the Make