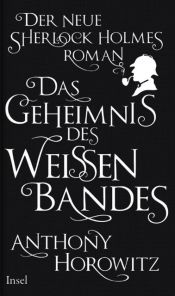 London, 1890. 221B Baker St. A fine art dealer named Edmund Carstairs visits Sherlock Holmes and Dr John Watson to beg for their help. He is being menaced by a strange man in a flat cap - a wanted criminal who seems to have followed him all the way from America. In the days that follow, his home is robbed, his family is threatened. And then the first murder takes place.

THE HOUSE OF SILK bring Sherlock Holmes back with all the nuance, pacing, and almost superhuman powers of analysis and deduction that made him the world's greatest detective, in a case depicting events too shocking, too monstrous to ever appear in print....until now.