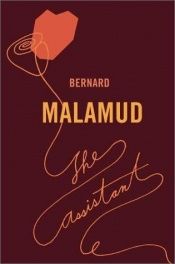 The Assistant is Bernard Malamud's second novel. Set in a working-class neighborhood of Brooklyn, New York, it explores the situation of first- and second-generation Americans in the early 1950s, as experienced by three main characters and the relationships between them: an aging Jewish refugee from Tsarist Russia who owns and operates a failing small grocery store, a young Italian American drifter trying to overcome a bad start in life by becoming the grocer's assistant, and the grocer's daughter, who becomes romantically involved with her father's assistant despite parental objections and misgivings of her own.
It was adapted into a movie in 1997.