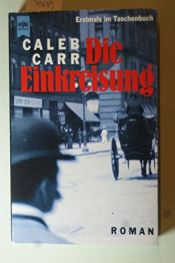 The Alienist is a crime novel by Caleb Carr first published in 1994. It takes place in New York City in 1896, and includes appearances by many famous figures of New York society in that era, including Theodore Roosevelt and J. P. Morgan. The sequel to the novel is The Angel of Darkness. The story follows Roosevelt, then New York City police commissioner, and Dr. Laszlo Kreizler, as their investigative team attempts to solve gruesome murders through new methods including fingerprinting and psychology. The first murder victim investigated is a 13-year-old immigrant who has had his eyes removed, his genitals removed and stuffed in his mouth, and other injuries. The investigators deal with various interest groups that wish to maintain the status quo regarding the poor immigrant population in New York City.
The book made best-sellers lists of Publishers Weekly and The New York Times the month it was published, and film rights to the story were purchased by producer Scott Rudin and Paramount Pictures. The Alienist received generally positive reception.