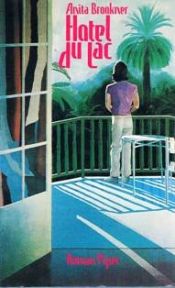 In the novel that won her the Booker Prize and established her international reputation, Anita Brookner finds a new vocabulary for framing the eternal question "Why love?" It tells the story of Edith Hope, who writes romance novels under a psudonym. When her life begins to resemble the plots of her own novels, however, Edith flees to Switzerland, where the quiet luxury of the Hotel du Lac promises to resore her to her senses.

But instead of peace and rest, Edith finds herself sequestered at the hotel with an assortment of love's casualties and exiles. She also attracts the attention of a worldly man determined to release her unused capacity for mischief and pleasure. Beautifully observed, witheringly funny, Hotel du Lac is Brookner at her most stylish and potently subversive.