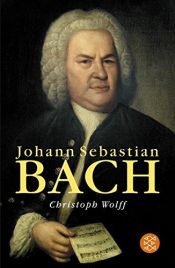 Finalist for the 2001 Pulitzer Prize in Biography, this landmark book was revised in 2013 to include new knowledge discovered after its initial publication.

Although we have heard the music of J. S. Bach in countless performances and recordings, the composer himself still comes across only as an enigmatic figure in a single familiar portrait. As we mark the 250th anniversary of Bach's death, author Christoph Wolff presents a new picture that brings to life this towering figure of the Baroque era. This engaging new biography portrays Bach as the living, breathing, and sometimes imperfect human being that he was, while bringing to bear all the advances of the last half-century of Bach scholarship. Wolff demonstrates the intimate connection between the composer's life and his music, showing how Bach's superb inventiveness pervaded his career as musician, composer, performer, scholar, and teacher. And throughout, we see Bach in the broader context of his time: its institutions, traditions, and influences. With this highly readable book, Wolff sets a new standard for Bach biography.

Berlioz and the romantic century