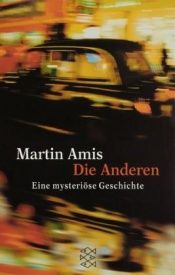 Other People: A Mystery Story

She wakes in an emergency room in a London hospital, to a voice that tells her: "You're on your own now. Take care. Be good." She has no knowledge of her name, her past, or even her species. It takes her a while to realize that she is human -- and that the beings who threaten, befriend, and violate her are other people. Some of whom seem to know all about her.

In this eerie, blackly funny, and sometimes disorienting novel, Martin Amis gives us a mystery that is as ambitious as it is intriguing, an investigation of a young woman's violent extinction that also traces her construction of a new and oddly innocent self.