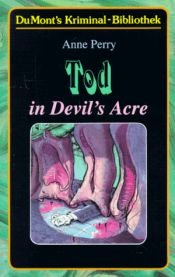 "Give her a good murder and a shameful social evil, and Anne Perry can write a Victorian mystery that would make Dickens's eyes pop."
NEW YORK TIMES BOOK REVIEW
When a doctor is found brutally murdered, even the neighborhood's most hardened residents are stunned. But three more bodies are found, killed the same inexpert way, and Inspector Thomas Pitt and his wife Charlotte race against time to find the killer, as a treacherous mystery unfolds. No one, not the lowest brand of ruffian or the most established aristocrat, will come out unscathed....