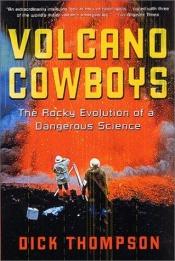 Volcanoes have destroyed and killed throughout history, but we have never known much about them. Now a group of brave scientists are working to understand the actual conditions that cause eruptions, how to predict them, and what we can do, if anything, to temper their destructiveness. Thompson, a Time magazine correspondent, takes us from the May 1980 eruption of Mt. St. Helens in Washington state through new concentrated efforts to construct a wider-reaching and more rigid discipline.

Thompson spent many hours with the relative handful of scientists whom he calls "volcano cowboys." They have loaned him their field notes and shared personal stories. That vivid material combined with Thompson's ability to bring a good story to life has resulted in a book that celebrates these "cowboys," their hazardous lives, and the often harrowing decisions they must make.

Annals of the Former World

Digital Imaging and Deconvolution: The ABCs of Seis …

Melting the earth : the history of ideas on volcani …