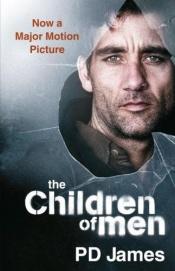 The Children of Men is a dystopian novel by P. D. James that was published in 1992. Set in England in 2021, it centres on the results of mass infertility. James describes a United Kingdom that is steadily depopulating and focuses on a small group of resisters who do not share the disillusionment of the masses.
The book received very positive reviews from many critics such as Caryn James of The New York Times, who called it "wonderfully rich" and "a trenchant analysis of politics and power that speaks urgently". The academic Alan Jacobs said, "Of all James’ novels, The Children of Men is probably the most pointed in its social criticism, certainly the deepest in its theological reflection."

Parable of the Sower