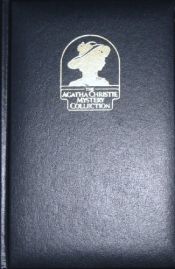 Ordeal by Innocence is a work of detective fiction by Agatha Christie and first published in the UK by the Collins Crime Club on 3 November, 1958 and in the US by Dodd, Mead and Company the following year. The UK edition retailed at twelve shillings and sixpence and the US edition at $2.95. It is regarded by critics as one of the best of her later works, and was also one of Christie's two favourites of her own novels, the other being Crooked House.
The novel is also noted for being one of Christie's darkest works, alongside such classics as And Then There Were None, with a strong focus on the psychology of innocence.

Death Comes as the End

Taken at the Flood