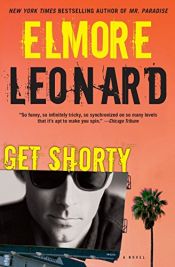 Loan shark Chili Palmer didn't say anything when Ray Bones stole his leather jacket from Vesuvio's in Miami. He just went to Ray's house, broke his nose, took the jacket, and left. Twelve years later, on account of his boss getting whacked, Chili finds himself working for Bones and ordered to collect on a bad debt from Leo Devoe, a guy who died in a plane crash. But it turns out Leo isn't dead; he's in Las Vegas with the $300,000 the airline paid to his wife. So Chili follows him to Vegas and then on to Hollywood, where he hooks up with movie producers, actors, and studio execs. Getting Leo becomes a movie pitch unfolding in a city where every move you make is a potential scene, and making it big isn't all that different from making your bones: You gotta know who to pitch, who to hit, and how to knock 'em dead.