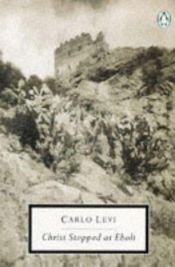 It was to Lucania, a desolate land in southern Italy, that Carlo Levi―a doctor, painter, philosopher, and man of letters―was confined as a political prisoner because of his opposition to Italy's Fascist government at the start of the Ethiopian war in 1935. While there, Levi reflected on the harsh landscape and its inhabitants, peasants who lived the same lives their ancestors had, constantly fearing black magic and the near presence of death. In so doing, Levi offered a starkly beautiful and moving account of a place and a people living outside the boundaries of progress and time.

The Reawakening / The Truce