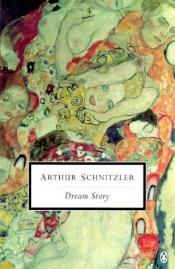 Rhapsody: A Dream Novel, also known as Dream Story, is a 1926 novella by the Austrian writer Arthur Schnitzler. The book deals with the thoughts and psychological transformations of Doctor Fridolin over a two-day period after his wife confesses having had sexual fantasies involving another man. In this short time, he meets many people who give clues to the world Schnitzler creates. This culminates in the masquerade ball, a wondrous event of masked individualism, sex, and danger for Fridolin as the outsider.
It was first published in installments in the magazine Die Dame between December 1925 and March 1926. The first book edition appeared in 1926 in S. Fischer Verlag and was adapted in 1999 into the film Eyes Wide Shut by director-screenwriter Stanley Kubrick and co-screenwriter Frederic Raphael.
The book belongs to the period of Viennese decadence after the turn of the 19th century.