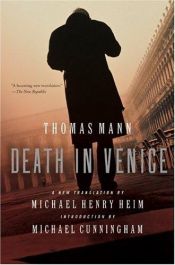 In the decaying city, besieged by an unnamed epidemic, he becomes obsessed with an exquisite Polish boy, Tadzio. "It is a story of the voluptuousness of doom," Mann wrote. "But the problem I had especially in mind was that of the artist's dignity."