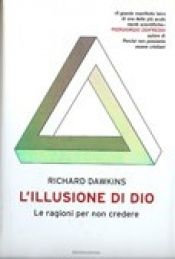 The only chapter I read was when he tried to disprove Thomas Aquinas' Five Proofs for God, and at first I thought there were some good points, but there were still issues that I found unconvincing, such as ruling out the perfect moral source based on variations of right and wrong should also mean there is a perfect smell because of variations of smell, since we tolerate bad smells, like a man passing gas on a plane or some sort of chemical leak, but we don't tolerate shoplifting or rape. Later I read a critique of this chapter by a man who specialized in the Summa Theologica, and it seems that Dawkins didn't do his homework. It would be as if I looked at an argument from On the Origin of Species, wrote a critique of it and said "therefore this disproves evolution." Oh, I have a hunch that I'd face a great deal of criticism from everyone in the biology field if I did that. So why is it that Dawkins can do the same in regards to philosophy and theology? As my brother described him: Good biologist, dick of a human being.